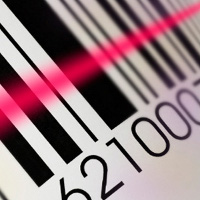 Identified by the bulls-eye pattern in the center of the square, the Aztec Code barcode is easy to recognize. This symbol supports patterns ranging from 15x15 up to 151x151 blocks with one special rune that can encode a single byte. This rune is 11x11 blocks.

The data is stored in pairs of rings that stretch out from the core. The decoding of data starts at the orientation marker made up of three blocks and procedes in a counter-clockwise direction. There is no outer marker to identify the outer boundry because the size is encoded in the core.

Because this symbology is mainly used in industry and not for public consumption, most smart phones can't read them. Try with your smart phone.

Although we don't have a generator here on our site at the moment, there is one availbale at www.racoindustries.com if you wish to create your own Aztec Code barcodes.